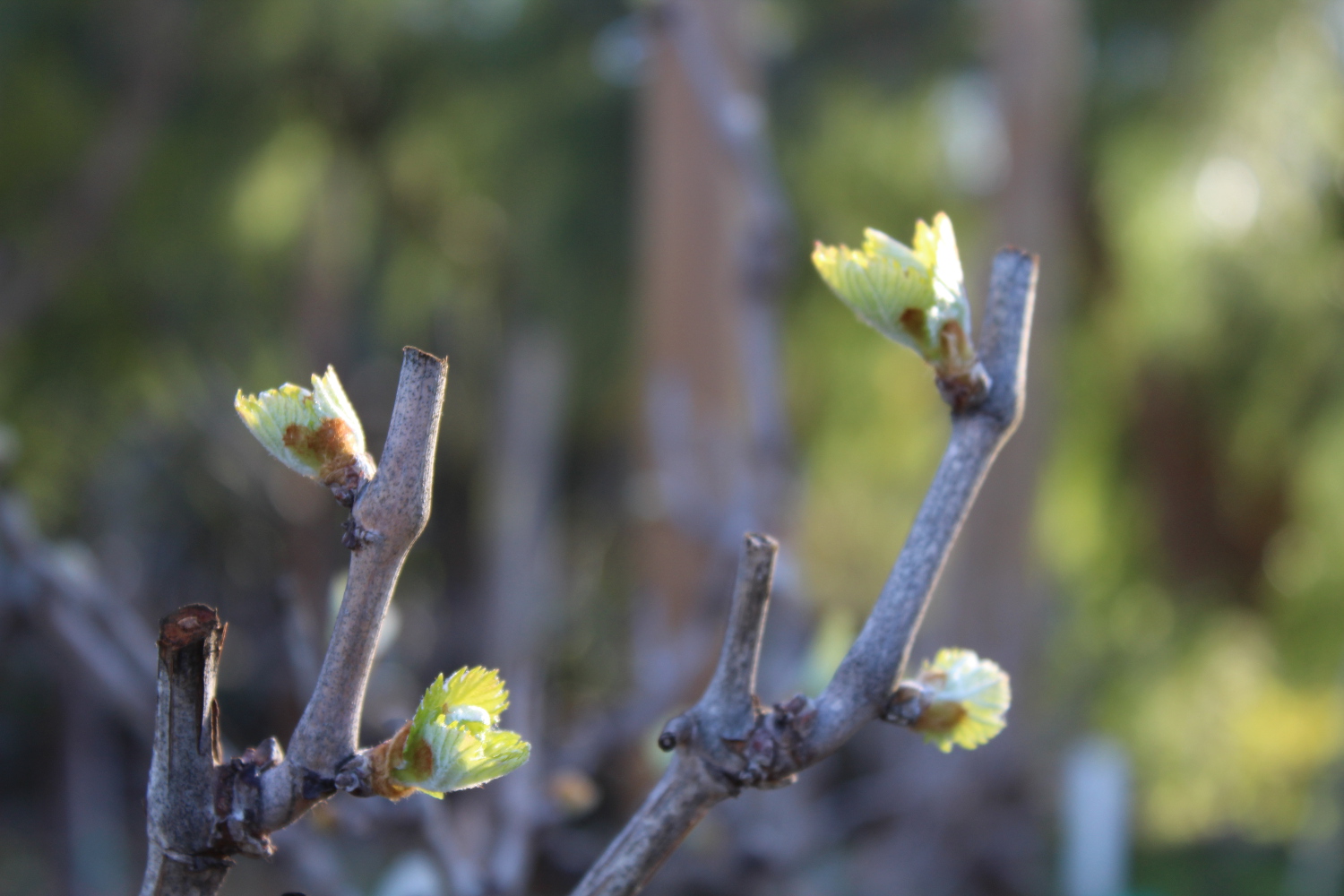 During the winter I would have told anybody who said we were headed to a record late budburst in Ventura County that they were crazy.  A large high pressure system sat over our region all winter long. Temperatures in December reached as high as 88F.  January continued with temperatures into the upper 80’s; and we saw one February day hit the 90's. Heading into March we had only received a half inch of rain.

It looked like we were heading to record early budbreak, but then four and a half inches of rain finally fell during March and the weather turned decidedly colder. This was a blessing, because an early budburst means that the buds and tender new shoots are at risk of frost damage if the temperatures drop. We hope for budburst after the risk of frost is over.

We measure rainfall in Southern California and the Central Coast with a “water year,” which runs not on a calendar year, but from September 1st through August 31st. This calendar better reflects our Mediterranean pattern of normal rainfall with a wet season starting in November and continuing through March. This five month period delivers our only rainfall and the remaining 7 months are generally bone dry.

Our average rainfall is around 10 inches, but this year we have received only 5.4 inches.  Most likely we won't receive any further rain until after harvest so we have augmented the scant rainfall we received by turning on our drip irrigation prior to the March rains and again during April to fill the soil profile as much as possible. Water first has to saturate the soil profile before moving further down into the soil so we use the irrigation to help pack as much moisture as deep as possible so the vines have enough moisture to carry them well into the middle of the season.  One benefit of the dry weather was that we had an entire winter without any weedgrowth. The picture to the right was from February and a normal year would see the vineyard floor covered in weeds.

Budburst has finally come in April. Sangiovese and Grenache started budburst the last week of March and are now at flowering stage.

The second week of April saw Syrah budburst at all our sites and Cabernet Sauvignon sprung to life. Zinfandel, Primitivo, and Mouvedre are later ripening varieties and all slowly coming out of dormancy in the third week of April.