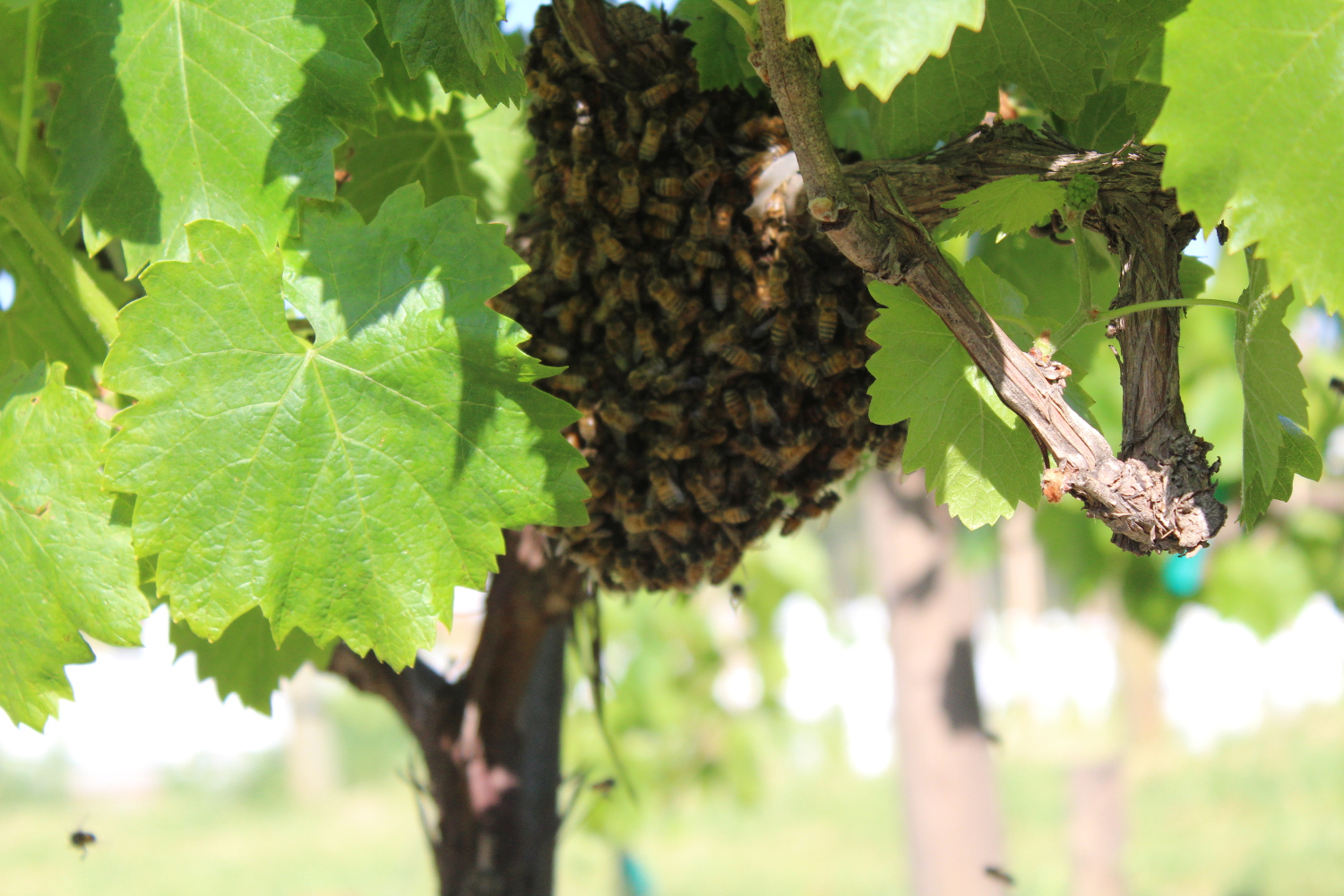 Spring honeybee swarm in the vineyard

The population of a honeybee hive grows during the spring as the queen lays more eggs and often the beehive starts to become a little cramped for space. The bees then produce another queen and the older queen and a large percentage of the colony depart the hive just before the new queen is born. They gorge on honey and usually take refuge in a tree relatively close to their original hive. Scouts look for a new home and they all swarm en masse to their new nest.

We were at our home vineyard in the late afternoon when one of our hives did just that. The air was alive with bees everywhere and they pretty quickly settled on a cordon in our Sangiovese block.

Fortunately we had an extra beehive and my bee suit. I suited up and shook the ball of bees into the new box. That evening I moved the box back to the apiary.

People always ask the question if honeybees pollinate grape vines. The answer is no. Vitis vinifera grapevines are hermaphroditic, which means they pollinate themselves during bloom. Honeybees do not participate in this process, but I often see them hanging out around the tiny blooming flowers.