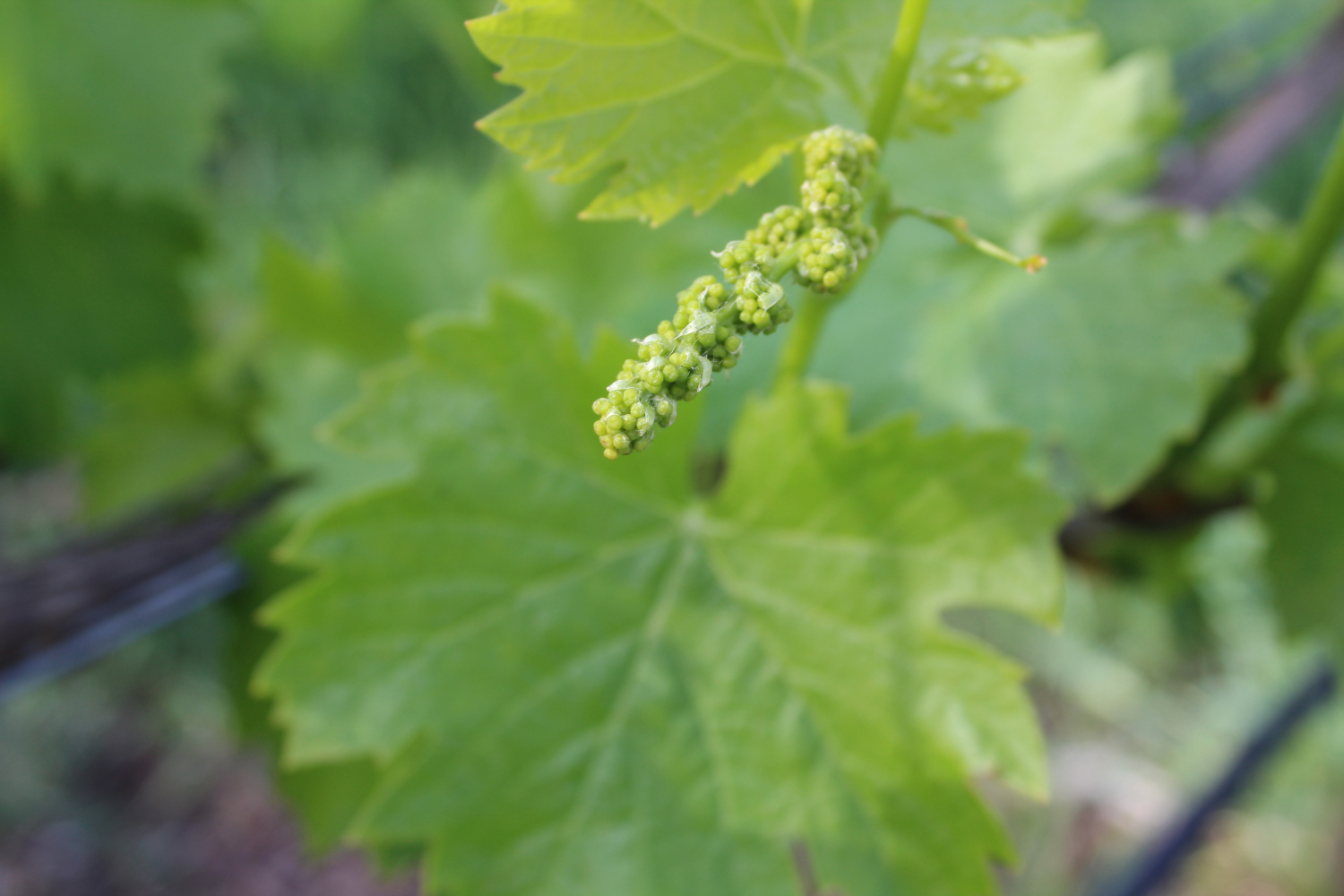 The Ventura County hillsides have been brown and dusty all winter.  As we rolled through March it looked like we wouldn't be getting any spring rains at all. We started seeing budbreak and early growth on the Rhone varieties and initiated irrigation because it looked like the drought was back in full-force.

Fortunately, our very dry winter has taken an abrupt turn and we are finally starting to get a decent amount of rainfall in the vineyards. We've had a few showers over the last two weeks and the native grasses and weeds made their annual appearance.  The hillsides turned green overnight and the orange California Poppies sprung up.

Last season was the first year out of the last five with average rainfall and we had 17.75 inches of rain by this point in the season. In contrast by March 20th of this year we've logged only 3.13 inches in Santa Rosa Valley.  Average rainfall for this area is around 15 inches, so this is only a tiny fraction of the average.

This current string of storms is projected to drop between 3 and 6 inches of rain over the next few days.

This will go a long way towards charging the soils and is coming at a good time.  Full budburst and flowering will occur within the next few weeks. Wet weather during this critical period can affect the self-pollination process of grapes and result in less fruit set.

Grapevines need a minimum of 15 inches of rain per year for normal growth and in hotter climates it may take as much as 35-50 inches of rain over the course of the growing season (April - October).  Any shortfall between our normal rainfall and the requirement has to be made up with irrigation. Last season's spring rainfall meant we were able to hold off our irrigation until mid-June.

Irrigation is common in California, but grapevines can survive on less water and many vineyards around the world are dry farmed on 15 inches of annual rainfall or less. Some historic Rancho Cucamonga vineyards are prime examples where the vines scour the deep soils for water and receive no water beyond what falls naturally. Under these low water conditions the vines often produce only a tiny amount of grapes.  Quality can be high, but it would take a very large number of acres to farm like this on a large scale in Southern California.  We are currently testing out dry farming with a one acre block in Santa Rosa Valley to see how feasible this might be.  It is planted to multiple varieties with a wider spacing of eight foot by eight foot and the vines are head trained instead of trellised. It is too early to tell whether or not the vines will produce enough fruit to be feasible under these conditions, but we are excited by the prospect. (Mailing List Members should be on the lookout for the 2017 Rancho Baila Sol - Field Blend bottling within the next year - we made one special barrel from this block).

Once the sun comes out we'll be back working in the vineyard on weed and powdery mildew control.

For now we are enjoying watching the rain.