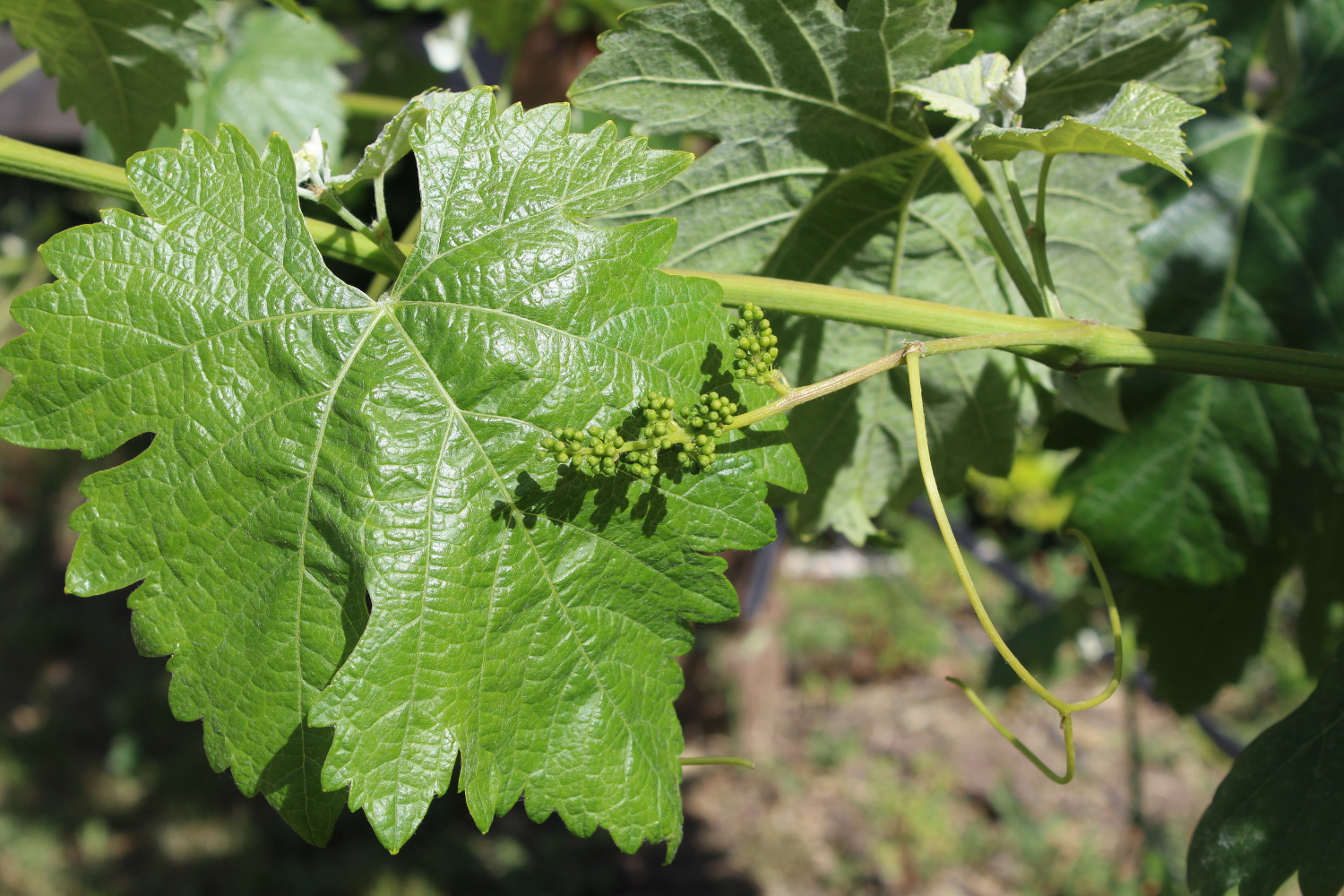 The vineyards we farm in Ventura County are starting to show the first signs of veraison. This is about 2 weeks later than last year and closer to historical average dates.

Veraison is the point during the grapes maturity that it begins to ripen by changing color, building sugar, softening, and decreasing acidity. It signals the countdown to harvest which generally happens roughtly around two months after veraison.  The time until harvest is only a guess as hot sunny weather can speed maturation of the grapes, cooler weather can slow it down, and some pest could come through and eat all the grapes. A good saying should be - "Don't count your grapes before they are harvested"

During veraison sugar levels build and we'll begin measuring them later in the season as one deciding factor for when to pick. At around 15 Brix sugar accumulation they become resistant to powdery mildew and this (thankfully) will signal the end of our spraying program that has been ongoing since budburst in April. This reduces a lot of man hours in the vineyard, but veraison also means that the birds start to take an interest in eating the grapes and the vineyards will all have to be netted by the end of July.

Russack Ridge vineyard is our lowest vigor site and its Zinfandel started showing the first signs of veraison around the 1st of July with Syrah starting a few days later.  The Grenache isn't showing any signs of color yet, but will probably start within a week. Interestingly the Syrah starts later, but ripens a bit faster than the Zin and we'll likely have all the Syrah harvested before we begin picking the Zinfandel in October.

The Lewis Vineyard is our latest Syrah vineyard and is a few weeks from starting veraison and probably won't get harvested until sometime in October.

The Sangiovese in our Cracked Earth vineyard just started changing color on the 6th of July and our Primitivo started a day or two previous to that. The blocks of Cabernet Sauvignon, Grenache, and Mouvedre are all still happily green.

The heat wave hitting California this week has pushed temperatures in Santa Rosa Valley into the low 90's but our ocean influence has protected us from the 100+ degree temperatures that other areas are seeing.  The vines are receiving irrigation now and are handling the heat spell really well with almost no signs of stress.