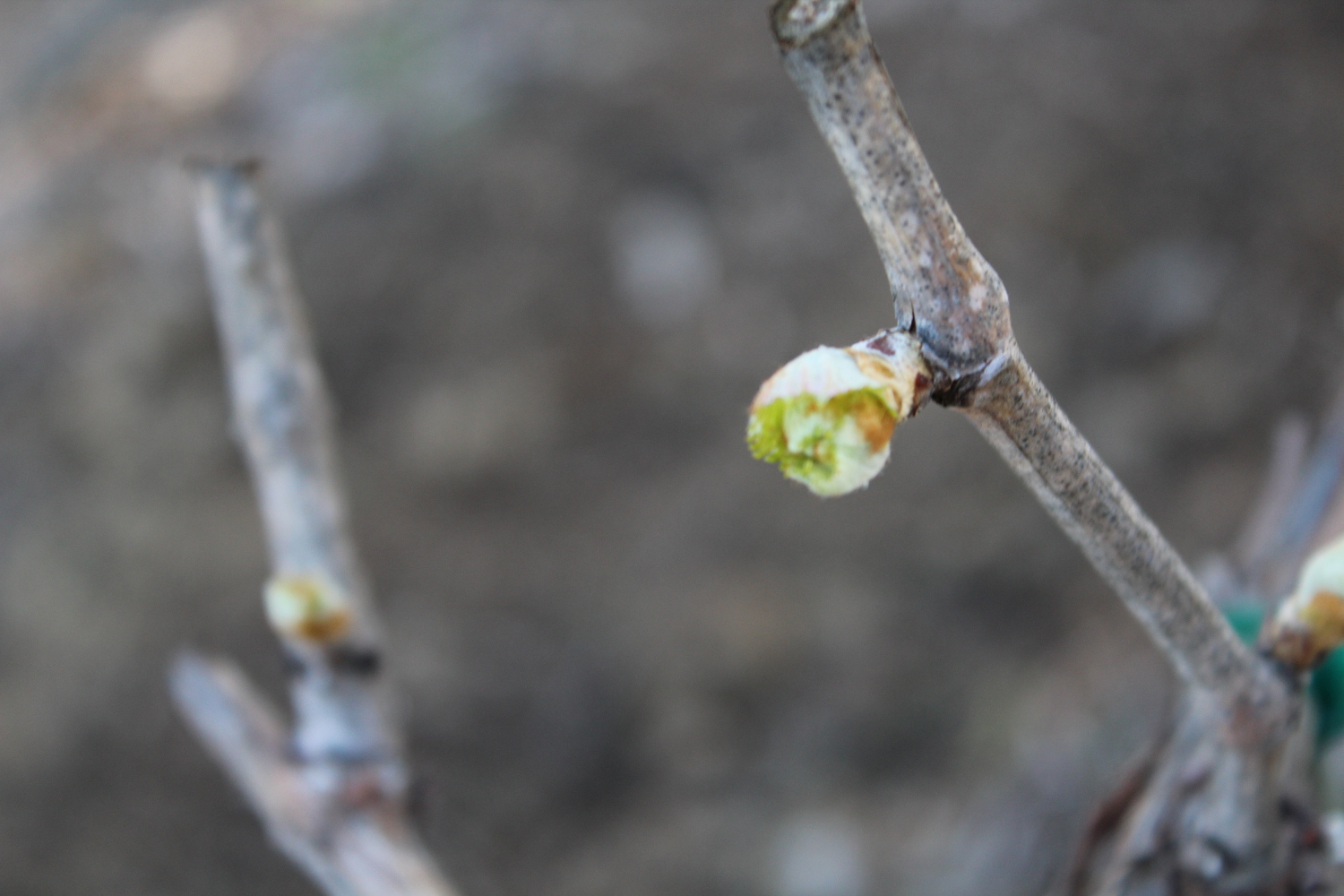 During the last week in Santa Rosa Valley we've had five consecutive nights of frost and a bizarre quick snowfall. Despite this cold weather a few vines are starting to show signs of emerging from dormancy. The picture shows a bud from an early grape variety just starting to burst through the bud scale and emerge for the spring.

The 2018 season saw a few blocks of Syrah start to emerge at the same time only to be exposed to a late frost. The bud damage caused destroyed most of the fruit capacity for the season and we ultimately didn't harvest any fruit from those blocks.

We have been busy pruning over the last several weeks and the vines planted on the shallowest soil have been weeping sap heavily through the pruning cuts. This 'bleeding' or weeping of sap highlights that the roots have started to become active and is triggered by soil temperatures between 45 and 48F. It is a normal process every year and shows that budburst just around the corner.