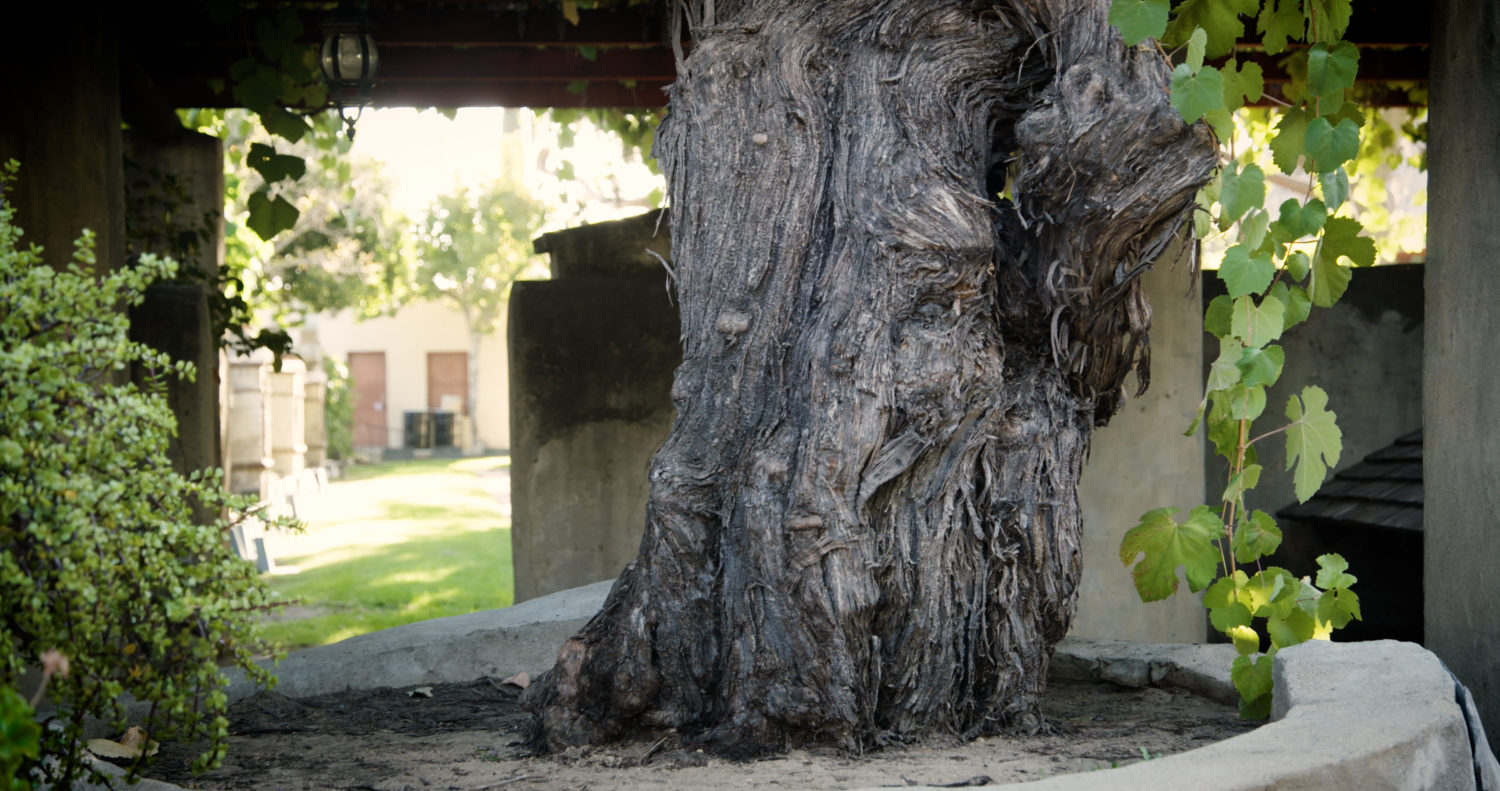 Los Angeles wine making sounds like it should be a pretty popular endeavor, after all, California is known for Napa Valley and legendary award winning wines. However, most vintners are located in Northern California and the art has been lost to Southern California for decades. A small group of farmers, vintners and wine enthusiasts are attempting to revitalize this lost tradition in the last few years. These passionate individuals include our own Patrick Kelley, Angeleno Wine's Amy and Jasper as well as Byron of Blatty Wines. Together they form the Los Angeles Vintners Association which is devoted to reviving the Los Angeles wine community. All of them started making wines in Los Angeles independently, but soon discovered the strength they can achieve working together and building upon each other's experiences in this unique niche of regional wine making.

The Oldest Vine is a documentary from Somm TV regarding the country's second oldest and California's true oldest grape vine. Located in the San Gabriel Mission, it is dated to be over 250 years old. These grapes are a hybrid of grapes brought over by Father Junipero Serra and the first settlers from Europe, crossed with native grapes which already existed in California. The vine is so ancient that it has far outlived the typical 25-50 year ages of most grape vines and now resembles a gnarled old tree with a thick trunk and vine which reach far along the pergolas of the mission. Unkempt and wild, the vine hasn't been used for wine making in centuries and the grapes are generally discarded rather than used for making wine. Thankfully, the curators of the mission had learned of the growing LA vintner movement and requested help with the oldest vine.

When introduced to the oldest vine, Amy, Jasper, Pat and Byron were in awe of the beauty of the vine. Absolutely blown away by it's size and resilience they knew they had to make wine from these legendary storied grapes. Patrick Kelley was tasked with assessing the vine, pruning it and creating wine from its grapes. As the leading expert on this type of grape, he used his farming skills to teach the groundskeepers how to properly maintain the vine for future harvests. As it turns out, the vine was very healthy despite it's relative neglect and age. From fires, to earthquakes, this vine had seen its fair share of California history. With the expertise and knowledge of legendary wine makers of the Los Angeles Vintners Association, work began to harvest the first crop of grapes from this vine in over 200 years. Using techniques which date back to how the original wine was made from this vine, these four pioneers were able to make half a barrel of Angelica wine, the first in centuries.

With proper pruning and care, the second harvest of the oldest vine the next year, yielded larger, darker grapes, better flavors and even more wine. It's magical to see two traditions being revived simultaneously. Both the LA Vintners forging a path for a Los Angeles wine community to blossom while also helping the oldest vine produce wine that hasn't been sampled since the founding of the San Gabriel Mission. Said to have a very sweet, but acidic taste, Patrick associates it with a cherry cordial, describing it as truly a unique flavor profile in the wine world. He is relieved that his leading expertise in farming Los Angeles grapes was fruitful. Patrick hopes that even more Angelica wine will become available in the future thanks to his efforts to cultivate the oldest vine.