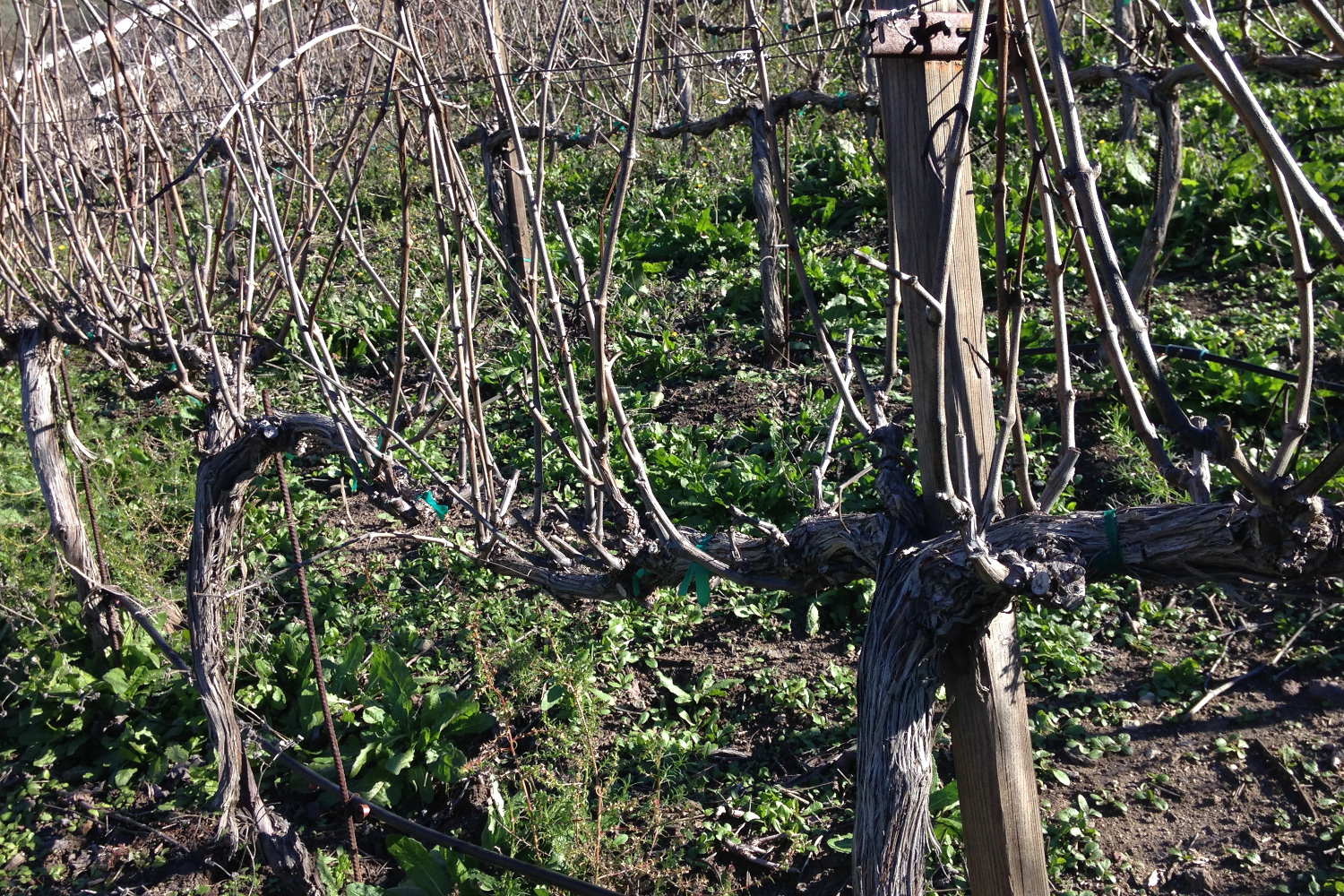 In the bitter cold of a Southern California winter (yes, I'm joking) we begin the process of pruning our vineyards in preparation for the upcoming season. Bud break occurs sometime between late January and March depending upon the temperature so we need the work done before then. We typically delay pruning until the vines are fully dormant and we've had a week of cold weather between 30 and 40F. Once we get that weather we get to work. Grapevines are pruned to control growth and produce a vine that is balanced between vegetative growth (leaf and cane) and grape clusters.

Most of our vineyards are trained on trellis wire with permanent wood, called cordons, extending the length of the wire. Shoots are trained upwards and res

trained between wires called catch wires. The system is called a vertical shoot positioning system, or a "VSP" trellis.

Shoots from the previous season extend off the cordon and must be cut back to two buds each. Each bud will produce one shoot and each shoot will produce two clusters. This process insures that the vine sets an appropriate amount of fruit and that each shoot is spaced far enough apart so that the canopy provides some shading, but doesn't crowd the fruit and leaves and create pockets where mildew can grow.

We do this work by hand with pruners. We first remove the bulk of growth at about the fourth bud and put that long cane into a garbage can. Then we make a final angled cut above the second bud. Some of the trimmed wood is saved for propagating new vines for replanting and the rest is carried away to be chipped and composted onsite.